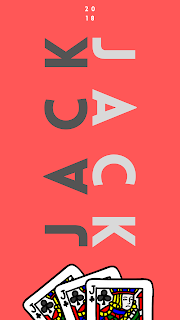 Translator: Bayram Sarıkaya Once he opened the apartment’s door, he encountered the rain. He put the coat’s cape on his head, moving away from the building in practical steps. The door’s banging caught him being three steps away from garden door; he went blues altogether now. He’d been playing this little game for as long as he could remember: he would pull the door wide open and until it went close he would try to reach the garden door. Before moving in here he was succesful of sort at the game, but for the last two years he couldn’t show the same performance at all. Since the garden was quite big—bigger than average and necessary—his reaching would take eighteen seconds, while the door would shut in some fourteen–fifteen seconds. In the time left the last resort was to run towards the door, but then he got blushes all of a sudden, thus saying, ‘What would someone say if witnesses this?’ Rain was almost soft, he drove his hand through the inner pocket to take out cigarette box. He a
Yorum Gönder
Devamı 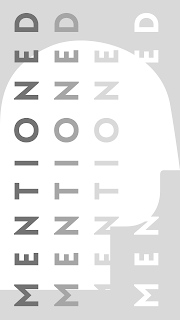 Translator:  Pınar Dinç Kurt A dem woke up shrinking, he had a nightmare. He didn’t understand what was happening first, he sweated like a horse. When his breathing went normal, he looked around, he was in his room. He reached to his lamp, turned it on to look at the clock, it was near five am. Because he sweated like a horse, his lips dried, too. He got up from bed and drank the water on his night table in one gulp. Then he turned his lamp off and went to bed again. Actually, it was not so smart to try to sleep again after having a bad nightmare. But Adem is not a smart person. He shut his eyes looking into the ceil. He just wanted not to have a nightmare again…  Adem saw slanting eyes first, then he realized that these eyes were green like an emerald. He saw big cheekbones below the eyes, yellow hairs and pink lips smiling to his face. And Adem gambled on his life, he loved the woman against all the risks he had. However, she did not love Adem as he loved her, Adem knew it. Even so
Yorum Gönder
Devamı
Diğer yayınlar 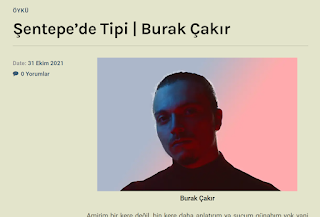 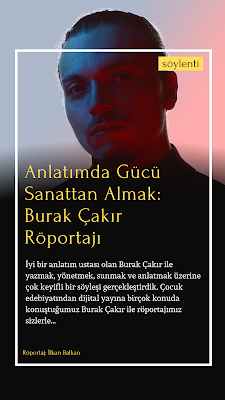 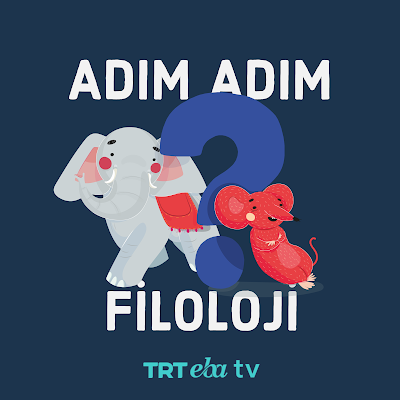